Of smart socks and showers 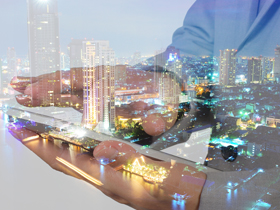 At this year’s Consumer Electronics Show (CES), we saw an explosion in the Internet of Things (IoT) category.  These so-called Smart devices are aimed at making your home and business environment more convenient and accessible. From Smart socks and underwear to Smart toilets and showers, there was something for everyone.

But there was a decided lack of information about the Security of these devices. All of them connect via your WiFi network to either a Smartphone (via an APP), or a Google Home or Amazon Alexa controller (a device that listens for speech commands). These Smart devices contain micro-computers that are programmed with the Smart functions. But just like every computer, they use an operating system (O/S.)  Being small single-function devices, the O/S is rudimentary. The programmers who write the code for the O/S and device functions are not concerned about Security beyond very simple measures.

With the devices connected to the Internet though a WiFi network, the potential for these devices being hacked is very high, they are easy high-profile targets. This could leave the rest of your network exposed. Imagine your private data being compromised by a Smart toilet (jokes about flushing notwithstanding).

Many large businesses have independent WiFi networks for IoT devices, but it is rare to see separate networks in small businesses and homes. That needs to change. The day is upon us when we need to consider 3 independent WiFi networks: Private for sensitive connections and data, Public for guests who want to connect to the Internet, and IoT for Smart devices. Of course, more network infrastructure, bandwidth, and management are required. It’s important to implement this network split before Smart devices start entering your environment. If you wait too long, the potential for a Security Breach increases, and the effort required to reconfigure all of the devices for the new network goes up.

It’s no fun spending money on networking gear that for the most part is invisible, and for users it doesn’t appear to add anything to their daily convenience or productivity. But it needs to be considered like Insurance; most of us don’t think about it until something bad happens, then we’re glad we have some.

It might be time to contact your IT Provider to discuss improvements to your home and business WiFi networks. A final word of advice: don’t scrimp on the solution.  Good WiFi done correctly can save hours of headaches, due to slow or dropped connections; it’s Smart money that won’t be flushed down the drain.