How a computer forensics expert can save your business? 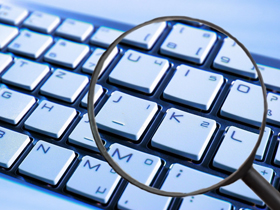 It was a Wednesday after noon this past February when a CEO of one of SIRCO’s clients received a disturbing phone call from one of his long-time customers. His client told him that he received his quote for the products and services but that he received an almost identical quote from another competitor but with only a dollar difference about 30 minutes later.

The CEO remembered a VP of sales that left the company a few months ago who had access to the company’s client list and sensitive information. The CEO also noticed that a few employees’ lifestyles have changed. Now they’re driving more expensive cars and buying houses when they only earn about $45,000 a year. Not to mention that not many new contracts were being won lately.
SIRCO specialists meet with the CEO to discuss the case. The CEO suspects that the previous VP that quit, stole the client list and possibly other sensitive information, opened up his own company and is collaborating with internal employees to help win contracts, but didn’t have enough proof.
During a forensic investigation of the previous VP’s laptop, it was uncovered that he had accessed the client list Excel file located on the server, and was also opened 30 seconds later but on a USB drive that was plugged in. Evidence also showed that he tried to cover his tracks by running wiping tools. That was enough evidence get a court order to perform an Anton Piller (civil litigation), a Search and Seizure order or a Seizure before judgment.
Following a Judge’s order, his lawyers were authorized to pay a visit to the previous VP’s home and office. During the application of the Order, SIRCO performed a collection of all electronic equipment such as hard drives, servers, Smartphones, USB devices, Cloud data paper invoices and more.
While the forensic copies and analysis were being performed, the CEO had doubts about his employees whose lifestyles had been upgraded. Could they be working with the former VP in this scam?
The CEO mandated SIRCO to install a spyware tool that would allow SIRCO’s expert to monitor everything happening on the computer. Evidence revealed that one of the employees created an official client quote but also sent a copy to the former VP using his personal GMAIL account.
If you feel you’re a victim of these types of frauds, SIRCO can help you evaluate the performance of your employees, prevent the theft of  confidential information of the company, Identify the document (s) copied and / or deleted from a suspicious employee, Identify if text messages are erased from a cell phone, Identify emails sent and deleted.
If you would like more information on SIRCO’s Forensics services, please contact your Millenium Micro affiliated reseller.
TERRY CUTLER, Sirco – Millenium Micro Partner,